Herminder Channa is Principal of Ark Boulton Academy in Birmingham, a Local Leader of Education (LLE), Women Leading in Education coach for the National College of Teaching and Leadership, a Lead Ofsted Inspector, and a magistrate.

Herminder’s first headship, a multifaith free school in Birmingham achieved an “Outstanding” grading from Ofsted in 2014.

Currently on her second headship, which she describes as the most challenging, but rewarding, role of her career. The journey to date has been one in which the hearts and minds of the community’s parents, children and staff needed to be earned, so Herminder and her leadership team could deliver on a shared vision. Five terms later, her school, which had seen over a decade of underperformance and been re-brokered twice, achieved an Ofsted ‘Good’ grading in every category in May 2017. This has been a huge achievement for Herminder personally, and for the community the academy serves. 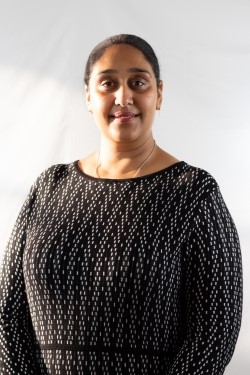