Sarah-Jane joined the NHS via the Graduate Management Scheme, holding various roles in primary and secondary care and at the Department of Health, before promotion to Director of Planning and Productivity at Walsall Hospitals NHS Trust.

Appointed Chief Operating Officer at Birmingham Children’s Hospital in December 2007, and Chief Executive Officer in March 2009, the Trust has been under her leadership for over nine years and was named ‘Provider Trust of the Year’ by the Health Service Journal in 2015, and rated Outstanding by the CQC in February 2017.

In 2015, Sarah-Jane took on the additional role of Chief Executive of Birmingham Women’s NHS Foundation Trust, before going on to integrate the two Trusts to create the first Women’s and Children’s NHS Foundation Trust in Europe, just 18 months later. She also led the development of an innovative new mental health partnership for 0-25 year olds in the city – Forward Thinking Birmingham, the first of its type in the NHS.Sarah-Jane is also Chair of the NHS England Maternity Transformation Programme Board, which aims to make maternity care across England safer, and give women greater control and choice.

Her passions are exceeding the expectations of patients and families, and making Birmingham Women’s and Children’s the very best place to work and be cared for. 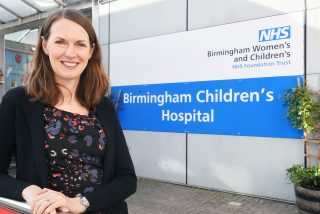